In Uttarakhand, the weather and climate are both getting awesome and favorable for travelers: The quantity of sunshine is sufficient even in the winter season and remains a sunny day throughout the year except for 2 months July and August,  in the Kumaun region of this Himalayan. Many people ask me -What is the Best time to visit Mahavatar Babaji Cave in the Himalayas? So I put here the best possible information to choose the best time for the Cave.

The cave of Mahavatar Babaji in Uttarakhand, India is a sacred space that will help one’s mind to quiet and thus connect with the inner self. There, one can practice Kriya Yoga meditation regularly to achieve Oneness with this higher self within.

Babaji Cave in the Almora district is known for its pleasant weather and moderate climate, mildly cold and mildly hot. In India, the district is famed for throwing 360 degrees views of the snow-capped peaks of the Trans Himalayas throughout the year. It gives access to 365 days of visits, neither too hot nor too crowded with visitors unlike the Garhwal region of the Himalayas.

Suggested Read – Haidakhan Baba Ashram: A Revelation In The Himalayas

Spring season (Mid February ) to summer season ( Mid June)  is the quintessential period to travel Babaji Cave when the sky becomes very clear & blue, the weather and climate both make the temperature of the place divine, and scenic views of the place turn into soulful.

But the disciples keep coming to visit for spiritual purposes throughout the year except for July and August, these two months receive heavy rain almost every day.

As soon as the monsoon goes off the place becomes nature-filled a divine destination for the spiritual seekers.

Suggested Read – A Date With The Saint: Kainchi Dham- Nainital

This cave has a divine aura of Babaji where Babaji gave his first teaching to Mahasaya Lahiri and spiritually very important where is born Kriya Yoga.  So, the local government & Yogoda Satsang Society both look after this cave to save it from the miscreant in order to not spoil its spiritual energy.

The cave opens in the morning around 09:00 AM after sunrise and it closes around 04:00 PM before getting dark, and the rest of the time, it remains closed. 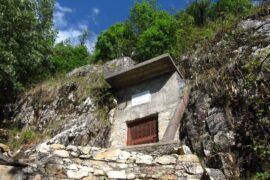 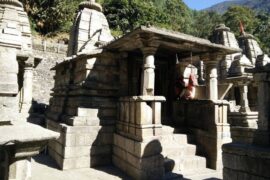 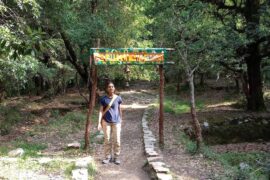