The Karwaan the River to River Florence Indian Festival

It will be the projection in the first Italiana di Karwaan, comedy on the road on the relationship between parents and children that sees among the protagonists the international star Irrfan Khan, the special event of the third day of the 18th River to River Florence Indian Film Festival, scheduled Saturday, December 8 at the cinema The Compagnia di Firenze. The film will be presented in the hall by director Akarsh Khurana.

Karwaan is a comedy of misunderstandings that highlights the relationship between parents and children. It tells of Avinash (Dulquer Salman) a melancholy young man who hates his work in IT, hates his boss, and would rather continue to be a photographer, if not for his father’s disapproval.

Unfortunately, the father dies in a car accident and his body accidentally reaches another family. Shaukat (Irrfan Khan), a friend of Avinash, offers his van and his company to travel from Bangalore and exchange body to Kochi. The trip will be joined by Tanya (Mithila Palkar), the niece of the deceased person with whom the other body has been exchanged, joins them.

Among the special events of the day, at 6.00 pm the screening of Meditation with the Beatles documentary by the journalist Furio Colombo will be present in the hall. In 1968, Furio Colombo decided to support and film the Beatles during their journey to Rishikesh, on the slopes of the Himalayas, to meditate under the guidance of Maharishi Mahesh Yogi. In the documentary, you will see various personalities like Mia Farrow, Mike Love of the Beach Boys, Donovan. 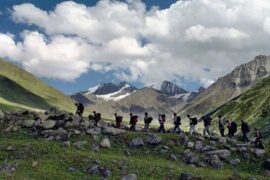 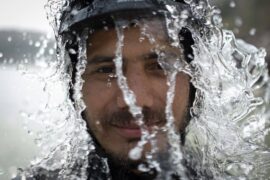