Adi Shankaracharya Samadhi Kedarnath is a tranquil place that embodies the profound spiritual influence of this great Hindu saint. Let your soul be soothed through meditation, prayer, and religious rituals performed by the caretakers here. This peaceful place is perfect for those who want to rejuvenate their spirit and help attain moksha.

The Shankaracharya word is an agglomeration of two words: Shankara and Acharya. Shankar is the name of  God, Shiva and Acharya stand for Guru in Sanskrit. As per Hindu mythology, Shiva had been teaching Adi Shankara at this location.

Who is Adi Shankaracharya

Adi Shankaracharya was born in the south of the Indian subcontinent. He went on a pilgrimage to the Himalayan mountain range in Uttarakhand, India, where he discovered Char Dham, or temples. Thereafter, these became known as Char Dham Temple,  Yamunotri Temple, Gangotri Temple Kedarnath Temple, and Badrinath Temple.

Brahminical philosophy is not a one-size-fits-all sort of affair. If you believe in your values and traditions, that’s great. If you don’t, then the system may not work for you. Adi Shankara’s Death is one of the oldest stories of two people who were on different pages about their religious beliefs.

Suggested Read- Gauri Kund in Details – A Blog About Mythology

How did Adi Shankara Died

There is an old story. It goes that when Adi Shankara was going to visit his God, he saw a low-caste man in front of him. Without realizing who he was, he told the man to move out of the way. The man just stood there and asked a question: “should I move or should my body?” And that is when Shankara said, with some realization, “That’s me!”

Adi Shankara felt so hard, and that was the final day he spoke. Then after he never gave any teaching. He just walked away straight to the Himalayas. No one ever saw him again. So, nobody knows how did Adi Shankara died. 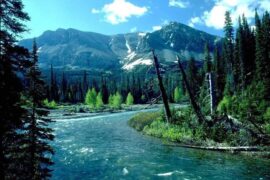 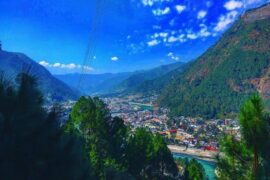 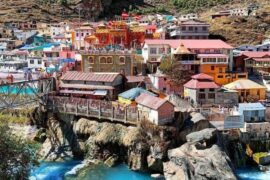 Delhi to Badrinath: A guide to a safe and secure road trip